The power of Twitter. A lot of your favorite rappers tweeted things early on in their career that could land them in hot water now. Sometimes their thoughts trickle down to their fingers and they quickly send snide tweets berating their peers. While some probably thought that their old tweets vanished into oblivion, one man dug through the pits of Twitter and brought them back to life. Twitter user @SargeWP unearthed some potential beef igniting tweets from the likes of Meek Mill, Macklemore, Action Bronson, and more. Before they all blew up, these artists were decimating each other through tweets. Hopefully, nobody holds grudges because things could get ugly a la Bubba Sparaxxx. Check out some of these scathing tweets below.

Meek Mill Was Team 50 During His Beef With Rick Ross 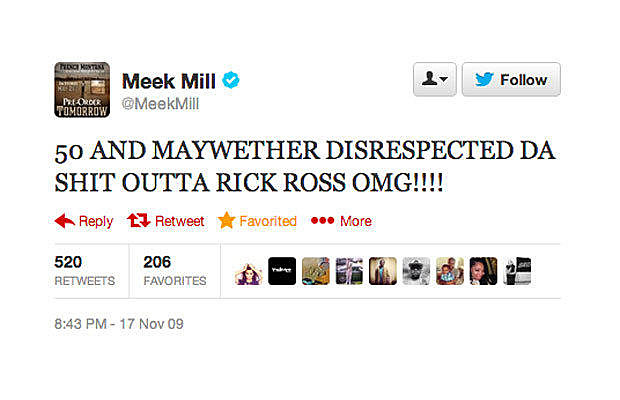 Danny Brown Thinks Wale Is Wack But Later Praises Him 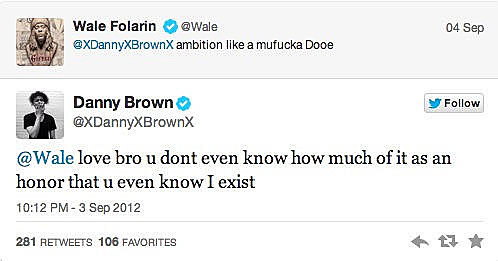 Macklemore Thinks Kanye Sabotaged Drake And That J.Cole Won't Ever Be A Star

Tyler The Creator Thinks Dr. Dre's "I Need A Doctor" Is An Epic Fail. He Also Thinks Drake & Wale Are Dreadful

Related: 22 Hip-Hop Reunions In The Past Two Years
12 Childish Rapper Beefs
23 Rappers Who Had Beef With Their Labels
Tyga And Drake’s Beef Continues As Kylie Jenner And Blac Chyna Get Involved