In an extremely rare interview, Kanye West sat down with The New York Times' Jon Caramanica to discuss his career and the inspiration behind his new album, Yeezus, which hits stores on Tuesday. As usual, Kanye wasn't afraid to speak his mind, touching on "George Bush doesn't care about black people," his infamous Taylor Swift VMA moment and his place in music history. The interview, which took place in Malibu, California, over several days during Yeezus's closing stages, is rife with so many classic Kanye quotes that we're probably going to need to update this. But before we begin that grueling undertaking, here's 10 Things We Learned From Kanye West's New York Times Interview. 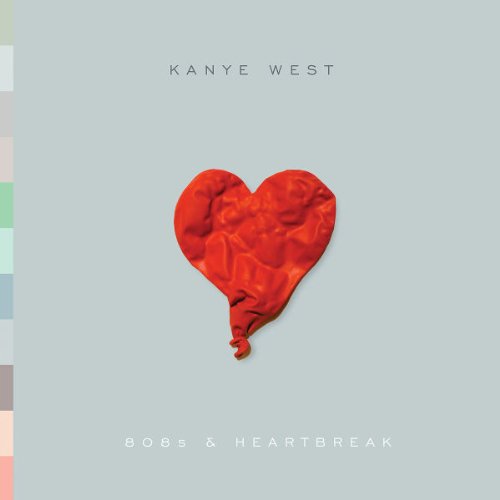 West: "Yeah, people asked me to change my name for that album."

West: "Yeah, different people. They said, "Do it under a different name." And when it came out, people used to be like, "Man, I wish it had more rapping on it."

West: "I knew when I wrote the line 'light-skinned friend look like Michael Jackson' I was going to be a big star. At the time, they used to have the Virgin music [stores], and I would go there and just go up the escalator and say to myself, 'I'm soaking in these last moments of anonymity.'"

Kanye Wrote "All Falls Down" In 15 minutes

West: "And it wasn't until I hung out with Dead Prez and understood how to make, you know, raps with a message sound cool that I was able to just write "All Falls Down" in 15 minutes."

J-Kwon's "Tipsy" Is One of Kanye's Favorite Songs

West: "This album is moments that I haven't done before, like just my voice and drums. What people call a rant—but put it next to just a drumbeat, and it cuts to the level, of like Run-DMC or KRS-One. The last record I can remember—and I'm going to name records that you'll think are cheese—but like, J-Kwon, 'Tipsy.' People would think that's like a lower-quality, less intellectual form of hip-hop, but that's always my No. 1."

Kanye Regrets Some Of His Past Wardrobe Choices

NYT: "You look at your outfits from five or seven years ago, and it's like—"

Kanye Sees Himself As the Next Steve Jobs

West: "I think what Kanye West is going to mean is something similar to what Steve Jobs means. I am undoubtedly, you know, Steve of Internet, downtown, fashion, culture. Period. By a long jump. I honestly feel that because Steve has passed, you know, it’s like when Biggie passed and Jay-Z was allowed to become Jay-Z.

"I’ve been connected to the most culturally important albums of the past four years, the most influential artists of the past 10 years. You have like, Steve Jobs, Walt Disney, Henry Ford, Howard Hughes, Nicolas Ghesquière, Anna Wintour, David Stern.

"I think that’s a responsibility that I have, to push possibilities, to show people: 'This is the level that things could be at.'”

Kanye Makes Christmas Presents, Only Will Speak With Elves

West: "I sat down with a clothing guy that I won’t mention, but hopefully if he reads this article, he knows it’s him and knows that out of respect, I didn’t mention his name: This guy, he questioned me before I left his office, 'If you’ve done this, this and this, why haven’t you gone further in fashion?' And I say, 'I’m learning.' But ultimately, this guy that was talking to me doesn’t make Christmas presents, meaning that nobody was asking for his [stuff] as a Christmas present. If you don’t make Christmas presents, meaning making something that’s so emotionally connected to people, don’t talk to me."

Kanye Claims He Doesn't Care About Grammys, Is Obsessed With Grammys

West: "[My Beautiful] Dark [Twisted] Fantasy and Watch The Throne: Neither was nominated for Album Of The Year, and I made both of those in one year. I don’t know if this is statistically right, but I’m assuming I have the most Grammys of anyone my age, but I haven’t won one against a white person.

"But the thing is, I don’t care about the Grammys; I just would like for the statistics to be more accurate."

Kanye Took His Summer Basketball League To A Championship

West: "Seventh grade, I wanted to be on the basketball team. I didn't get on the team, so that summer I practiced. I was on the summer league. My team won the championship. I was the point guard."