Another day, another alleged tracklist for a big album leaks to the Internet.

Two days ago, Kanye West’s tracklist to Yeezus leaked early, but so far no one has confirmed it was real. Earlier this evening, a tracklist for Drake’s Nothing Was The Same hit the web, which was originally posted on Dennis Graham’s Instagram.

Prior to giving fans a glimpse of the Nothing Was The Same tracklist, Drake's father also said August 27 was the release date for the album. That date hasn’t been confirmed by Drizzy or any label representatives, either.

But for now, take a look at the 15-track album. Many of these song titles were tweeted by the OVO leader at some point. His latest tweet—which is about working with Saukrates in the studio—leads us to believe this could be legit, since he's been photographed with the majority of artists here lately.  Production is mostly by Noah "40" Shebib and Boi-1da, while the questionable tracklist includes collaborations by Justin Timberlake, Birdman, Lil Wayne, Jay-Z and more.

Check out the photo of the rumored tracklist below. 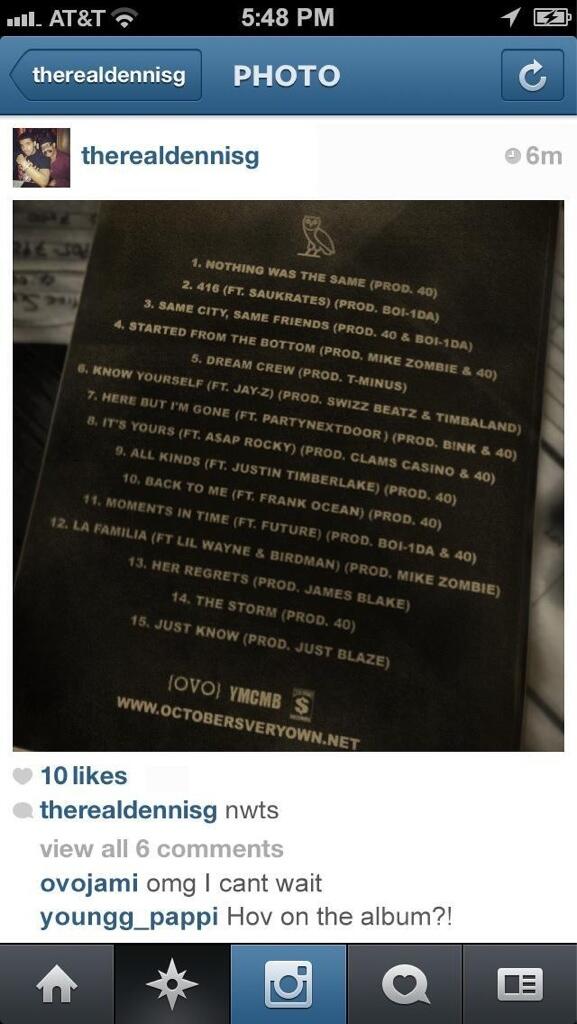