It’s been over four years since the release of the last Fall Out Boy album and to end their hiatus the rockers from Chicago released the interestingly titled “My Songs Know What You Did In the Dark." The song, which seemingly came out of nowhere a few weeks ago, was accompanied by an equally mysterious video featuring none other than 2 Chainz. Weird, right? The Atlanta rapper even joined the boys for a performance during this year’s NBA All-Star weekend festivities. But linking up with 2 Chainz isn’t FOB’s first forays into hip-hop collaborations. Here XXL takes a look at Fall Out Boy’s 10 Most Hip Hop Moments.—Kai Acevedo (@LilPuccii)

This posse cut-like remix was a surprise to many. It featured hilarious verses from Kanye, Wayne and a verse from an at the time relatively unknown Tyga.

"Thriller" ft. Jay-Z from their Infinity on High album

Hov decided to drop a few inspirational words on the opener to the band’s multiplatinum Infinity on High.

The Fall Out Boy vocalist provided the beat for one of the gems on Lupe’s stellar Grammy-nominated The Cool.

The first single from The Roots’ 10th studio album featured a not-so-surprisingly catchy hook from the FOB frontman.

It’s difficult to believe that a track that was in consideration for Tip’s 2008 LP Paper Trail still hasn’t seen the light of day. We can only imagine what this collab sounded like.

Around the time where Lil Tunchie was more concerned with rocking than rapping he linked up with FOB for “Tiffany Blews”.

No strangers to unexpected remixes the FOB boys rallied up the group of MCs for the remix to their 2009 single.

50 Cent has toured with Eminem, Jay-Z, Lil Jon, his G-Unit cohorts and Fall Out Boy. Yes, Fall Out Boy. The G-Unit general opened up for the band on their 2009 Believers Never Die Part Duex tour. 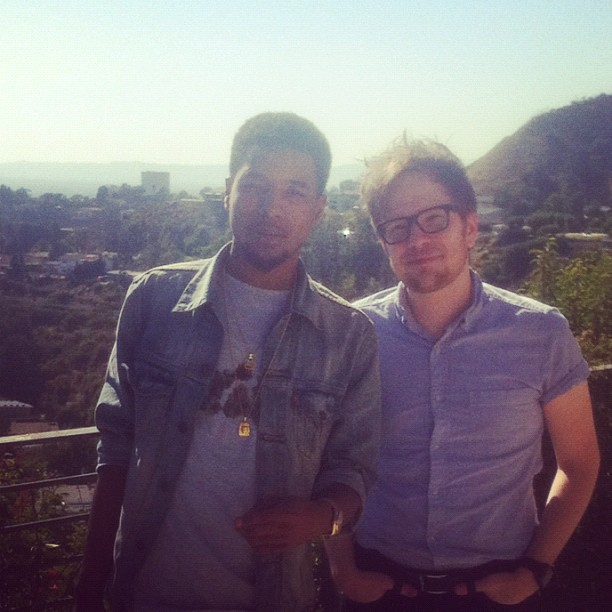 Well before Rick Ross and MMG were fans of Rockie Fresh the young MC garnered the support of his fellow Chicagoan Patrick Stump. Expect an appearance from Stump on Fresh’s debut.

For a guy who was everywhere in 2012 it doesn’t surprise us that the Hair Weave Killer popped up in the latest Fall Out Boy video. He even appeared on stage with the band for their NBA All-Star performance

Filed Under: Fall Out Boy
Categories: News
Comments
Leave A Comment
Back To Top